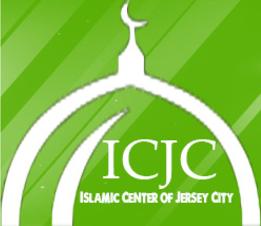 The center is established upon the Islamic laws as outlined in the Holy Quran and is identified by the Prophet Mohamed's traditions. The centerwill carry on religious, cultural, charitable, educational, civic, economies, social, athletic, scientific, and other activities pertaining to the realization of Islam as a complete way of life. These activities shall include but not be limited to the following:

The Center is a Non-Profit Organization.


-         To help Muslims in the United States to carry out Islamic activities in pursuance of Islam as comprehensive way of life.

-         To provide religious guidance and carry out religious practices in the mosque.

-         To help Muslims of the community adapt to their social environment promoting the basic concepts of Islam.

-         To strengthen fraternal bonds among all Muslims, and help Muslims preserve, advance, and represent the social and moral qualities of Islam.

-         To promote friendly relationship between Muslims and the community as a whole.

-         To present Islam to people of other faiths and to make  known the ideology of Islam and its teachings.

-         To establish and promote a wide and coordinated educational program for Muslim adults and youngsters to teach them Islamic laws and the Arabic language the language of the Holy Quran.

-         To provide lectures and seminars to Muslim and interested groups and organizations.

-         To arrange visits to Islamic communities, in order to establish closer ties.

-         To organize groups for the performance of Hajj (pilgrimage)

-         To celebrate Islamic feasts and holidays, in the true Islamic traditions.

-         To organize groups in co-op projects agreeable with the Islamic laws.

-         To establish and maintain an Islamic library with an adequate printed and audio- visual material on Islam and the related subjects.

-         To establish a sound understanding of American democracy, and to promote a constructive citizen and community participation in the welfare of the area, the region and the country.

Members are Muslims who meet the criteria and fulfill their obligations of dues as defined and outlined in the centers by-laws.

only full members have the right of voting, and are eligible to seek election or hold office. A full member has to be over 18 years of age at the time of voting. The board of trustees may have the right to exempt fully in partially a full member from paying dues on an individual basis and circumstances.

The general assembly shall consist of Full members who have a valid voting power at the time the assembly is called for a meeting. Each  member shall be entitled to one vote on each matter submitted for voting.

Voting can be performed by proxy.

The board of trustees is the highest authority in the center representing the general assembly.

The board shall consist of no less than seven members including the Imam.

Members other than the imam shall be elected by the General Assembly.

A candidate who seeks election as a Board member shall be:

B-working in the Islamic field for at least five years;

AC-registered as a full member for a period of no less than six months; over twenty-five years of age; and

Upon election of the Board of Trustees, the board members shall select members of their own to act as Chairmen (President), Vice Chairmen (director), secretary general, and treasurer.

The term of the board of trustees shall be three years.

The board of trustees shall assume its responsibilities as outlined in the centers By-Laws.